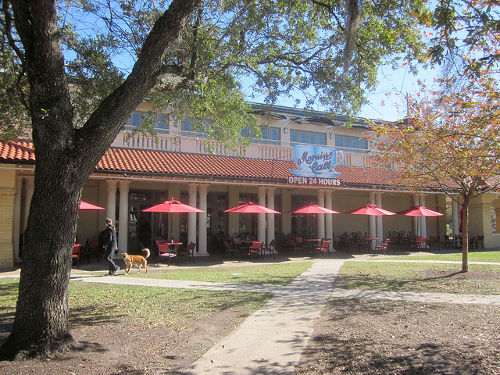 On Day 6 in New Orleans, I have to make an admission: I’m a beignet addict. After riding the streetcar out to City Park, we could not resist having beignets at the historic Morning Call cafe in City Park. As opposed to Cafe Du Monde, the cafe does not bring in a dump truck to drop a metric ton of powdered sugar on the beignets. Instead, there is a powdered sugar shaker on the table. Just like Cafe Du Monde, the waiter stated that everything was nut safe, and we did not have any reactions.

Disclaimer: Hey, whenever we recommend a product or restaurant, it’s still up to you to make sure that they are safe for you or whoever it is with a peanut or tree nut allergy. We are not responsible for any allergic reactions, okie-dokie? 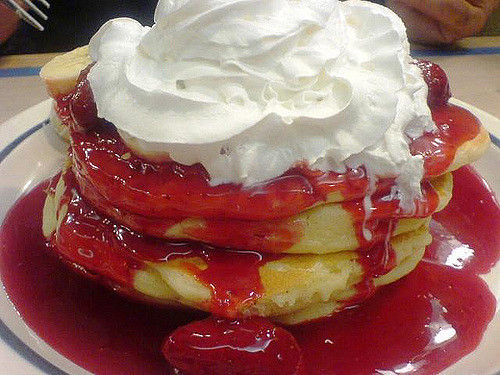 The trip was wonderful. The city is wonderful. However, we were exhausted at the end. We have to sadly admit that we went straight to one of our safe places rather than go down the list from our research of non-chains there in the city. We just wanted a quick meal from a place with an online allergen menu so we went with the Canal Street IHOP. Don’t judge me.

There were only two other tables being used (again, what’s up with that?). One was a homeless vet who told the server that it was his 70th birthday. The other was a nice couple. I’m really just assuming that they were nice because they paid for the vet’s dinner.

We had a nice breakfast for dinner at the IHOP with waffles and pancakes and called the vacation done. We felt very fortunate that the city provided plenty of opportunities for safe dining even though we were a little nervous. I hate to admit it, but I feel safer at the chains since we are still relatively new to life with this allergy. I’m sure that we’ll get more confident as time goes on or, better yet, the OIT or patch or some other treatment will go well. Fingers crossed.